90 Years of PAOK: Nostalgia for the Future 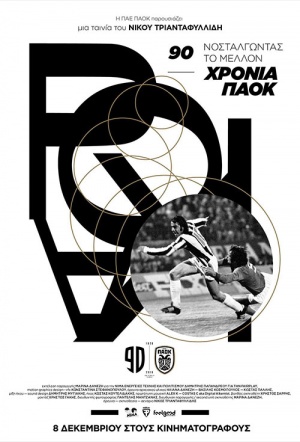 Documentary celebrating a milestone of football and culture, featuring interviews with players, coaches and members.

"The late filmmaker Nikos Triantafyllidis composes a cinematic love letter to his greatest passion, the Panthessalonikios Athlitikos Omilos Konstantinoupoliton Football Club, or as everyone else calls it, PAOK. More than just a team, PAOK represents an ideal. From its amateur league beginnings, it was a club that gave refugees an escape from poverty and a place to play. Greek Constantinopolitans fleeing from war to Thessaloniki established the club and its colours: white for life and black for death." (Greek Film Festival)