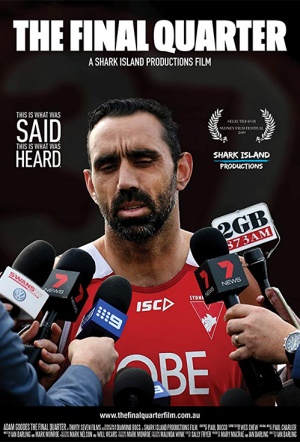 "The Indigenous leader and Sydney Swans player became a lightning rod for an intense public debate and widespread media commentary that divided the country. In the last three years of his career, Goodes was named Australian of the Year, accused of staging for free kicks, and performed an on-field war dance celebration. When the football crowds turned on him, the Brownlow medallist left his beloved game. Director Ian Darling’s film is crafted using only archival footage aired at the time, which has been expertly edited: a technique seen most recently in documentaries such as Amy and Senna. The result is a powerful film that holds a mirror to Australia and suggests we reconsider what happened on and off the football field." (Sydney Film Festival)