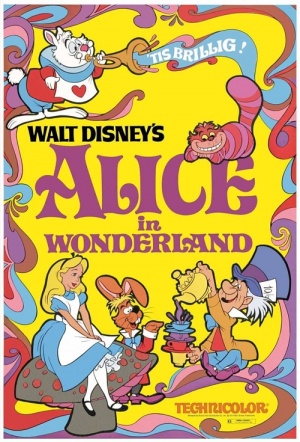 Walt Disney's thirteenth animated feature, based on Lewis Carroll's Alice's Adventures in Wonderland. Chasing after the White Rabbit, bored young Alice falls down the rabbit hole into the topsy-turvy alternate world of Wonderland. There she attends a party in the garden of the Mad Hatter and March Hare, listens to the Cheshire Cat, meets Tweedledum and Tweedledee and confronts the Red Queen.

On its 1951 release, Carroll fans and British critics slammed the film calling it overtly "Americanised". While not a failure at the box office, it wasn't one of Disney's big hits. In the late '60s the film found itself in vogue when - alongside Fantasia - Alice was rediscovered by America's youth and drug culture.