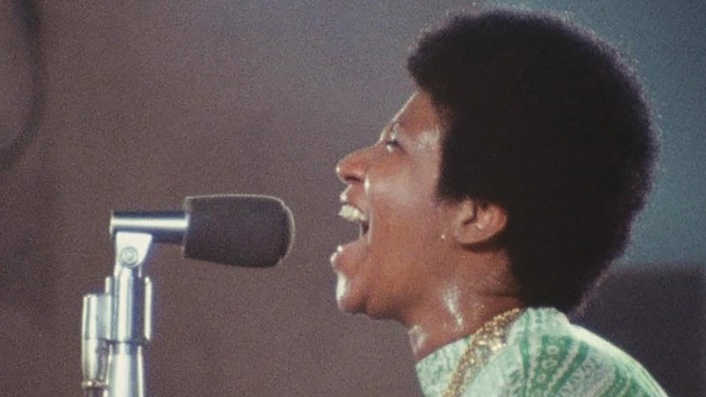 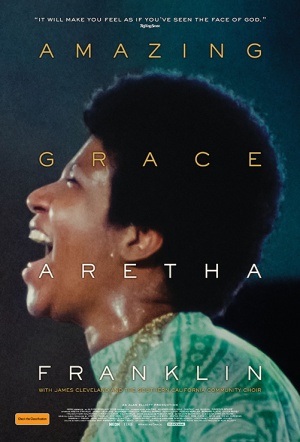 "In January 1972, Aretha Franklin made her legendary album ‘Amazing Grace’ with the Southern California Community Choir and Reverend James Cleveland in the New Temple Missionary Baptist Church in Los Angeles. At the height of her fame, she made the decision to return to where she began, to the world of gospel music. Recorded in two days, this live album was to become the most successful gospel record of all time. On it, Franklin sings songs like ‘How I Got Over’, ‘Precious Memories’ and provides an 11-minute rendition of ‘Amazing Grace’. The result is a concert film that celebrates human dignity and the longing for freedom and justice and is able to transcend nostalgia and intervene in discussions about the state of the modern world. It also provides ample evidence of the enduring charisma of this soul icon who died in August 2018." (Berlin International Film Festival)

Franklin’s performance will blow you away, even as the intimate filmmaking ensures you feel every drop of sweat in the room—and pity the many people there whose garments look less than breathable.

It's a lovely thing to sit in a cinema and not be asked to follow a story, but just to let waves of glorious noise wash over us. Amazing Grace is a joy from first note to last.

It is a transcendent film.

A triumph of timeless artistry over transitory obstacles; its very existence is a secular miracle.

You get both the most lovely gaze a professional camera's ever laid upon Aretha Franklin and some of the mightiest singing she's ever laid on you.

It's raw religion, and it's a treasure.

Franklin's voice remains so pure and galvanic that [this] is one of the few movies you could watch with your eyes closed, though you would hardly want to.

Amazing Grace restores a missing piece of cinema history. With the gestures it reveals, and the spirituality it captures, it gives us something else - an act of worship, reborn.

Amazing Grace will not enter the pantheon of concert films - it's somewhat shapeless as a movie, and gives little sense of emotional insight into the performer. But it does contain moments of bliss...