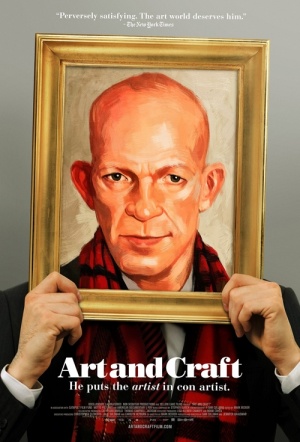 The 30 year career of prolific art forger Mark Landis is revealed in this documentary, covering his impressive body of work that has fooled over 40 American museums. The fakes range from Picasso paintings to Dr Seuss illustrations.

While the copies could fetch impressive sums on the open market, Landis isn’t in it for money. Posing as a philanthropic donor, a grieving executor of a family member’s will, and most recently as a Jesuit priest, Landis has given away hundreds of works over the years to a staggering list of institutions across the United States. But after duping Matthew Leininger, a tenacious registrar who ultimately discovers the decades-long ruse and sets out to expose his philanthropic escapades to the art world, Landis must confront his own legacy and a chorus of museum professionals clamoring for him to stop.

This quizzical forgery docu pretends to be on con artist's trail, when it's actually on his side the whole time.