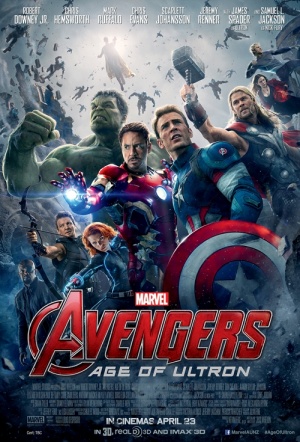 Says Whedon: "I have to make my movie assuming that people will only have seen the first one, or possibly not even seen the first one. I can't assume that everybody went to see Thor, Captain America, and Iron Man in-between. I have to go from one movie to the next and be true to what's happened, but not be slavish to it... The model I'm always trying to build from, my guiding star, is The Godfather Part II where a ton has happened in-between... but you don't need any information: it's there in the film."

If this is what the apotheosis of branded, big-studio entertainment has come to look like in 2015, we could be doing much worse... definitely has soul.

Fortunately Whedon understands how to craft a superhero movie just as well as Marvel knows how to sell one.

Whedon has revealed that his first cut ran for well over three hours, and it shows: ‘Ultron’ feels excessively nipped and tucked, barrelling from one explosive set-piece to the next, leaving ideas half-formed and character motivations murky.

The follow-up to The Avengers may be the harbinger of a new deluge of superhero movies, but if all turn out as entertaining as this one, what’s the problem?

A letdown -- entertaining to a degree, but so overstuffed that it may mark the point of diminishing returns for the Marvel movies generally.

Succeeds in the top priority of creating a worthy opponent for its superheroes and giving the latter a few new things to do, but this time the action scenes don't always measure up.

Bigger and, yes, darker than the first, this is less air-punchingly gleeful but probably more consistent.