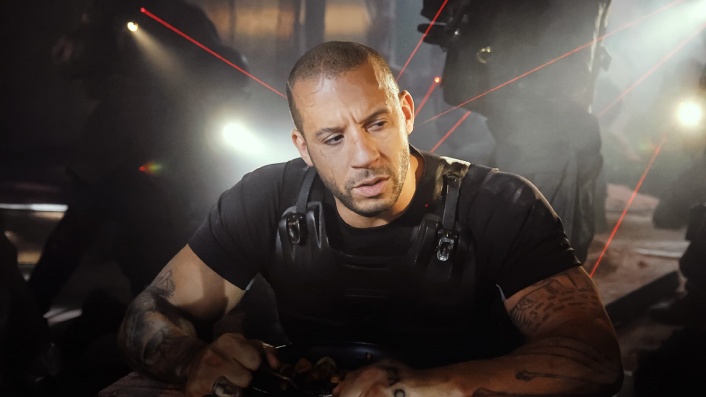 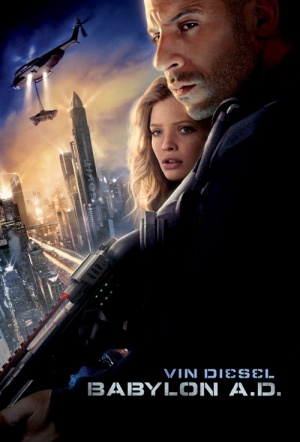 Vin Diesel is back, and this time he's Toorop, a war veteran turned mercenary who takes on a high risk mission of escorting a woman from Russia to China. What he doesn't know is that the journey will carry an extra level of danger due to the identity of his companion. She is in fact host to an organism that a cult wants to harvest in order to genetically modify a new messiah. Interestingly, a couple of big names from world cinema, Michelle Yeoh and Gerard Depredieu appear, not the usual suspects to co-star in a Vin Diesel sci-fi action fest.

If you believe in omens… Babylon AD went so far over schedule and budget that the production's insurance company had to step in and bail it out. See director Mathiew Kassovitz's comments about the film's production HERE.

Filmmaker Mathieu Kassovitz was wise to disown this cack-handed dystopian action clanger. He's right, it is "pure violence and stupidity", and by saying so while pointing at his producers (who hacked scenes to make it a US PG-13) there's a hint that maybe on the cutting room floor, or at least the original storyboard, was something much better.

A noisier, costlier version of "Children of Men," yet lacking that film's social-political significance and jaw-dropping direction.

Our judgments, in any case, may be superfluous, since the director, Mathieu Kassovitz, has already publicly described it as "pure violence and stupidity."

This is not a terrible movie, but it's too familiar by half and too confusing by a third.

A towering heap of nihilistic nonsense that plays like a cornball "Children of God."

Wants to be three different films at one time but sadly never asks much from Diesel other than to grunt, stomp around, and reprise the role that made him a star.

With a face like a dropped pie, the eyes of a rabid weasel and the body of a small truck, Mrs Diesel's boy Vin has still managed to parlay his limited chops into a respectable career.