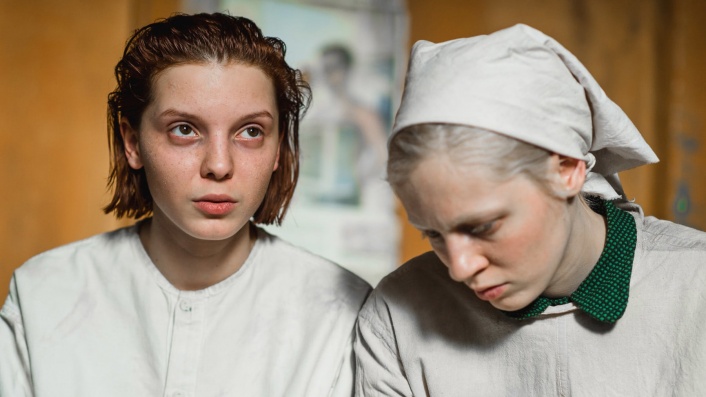 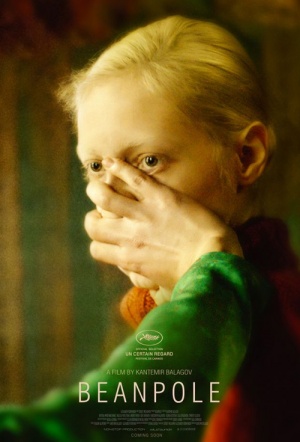 "Iya, the ‘beanpole’ of the title, is a nurse at a hospital for patients suffering from wartime injuries. She is joined here by Masha, with whom she has an intense emotional bond, and whose young son she has been looking after while Masha was serving in the Red Army. Circumstances will have traumatic repercussions on their relationship and irredeemably shape their future..." (New Zealand International Film Festival)

Even if the film seems slow at times, there’s always something to look at, including Miroshnichenko and Perelygina, who are able to find grace and dignity in two such odd, hollowed-out characters.

Beanpole is a take on postwar trauma, post-ceasefire collateral damage, and the process of healing that uniquely prioritizes the female perspective.

I imagine even Billy Wilder would’ve gotten misty-eyed during the final, perfectly-pitched moments of this extraordinary film...

The world is broken, but it keeps on spinning. Co-written by Balagov and Aleksandr Terekhov, the film happens upon a number of indelible ways to articulate this purgatorial kind of inertia.

The characters don't seem to exist outside the stilted drama of their individual scenes; the ambiguities of Balagov's detached approach yield a sentimental tale of pride and reverence.

The choices in themselves are not the problem; the difficulties arise from writing that has fewer good ideas about these people than it does about their circumstances.

The film is an improbably thrilling work of art by virtue of its physical beauty and its relentless intensity of feeling about people who would prefer in their heart of shattered hearts to feel nothing.

Beanpole is incredibly bleak, but crafted with such care that it’s also deeply compelling.

It’s a demanding sit, a film both rigorous and indulgent, rewarding and aggravating.