Beyond the Edge 3D 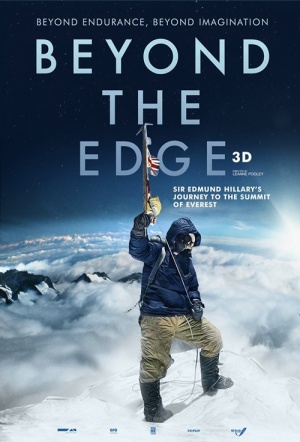 "Pooley transports the viewer back in time sixty years to the foot of that seemingly unconquerable mountain, and recreates an incredible journey to the top. While many know that Sir Edmund Hillary (Moffitt) and Tenzing Norgay (Sonam Sherpa) were the first men to stand on the summit, few know how it happened. Using rarely seen footage, and no narration other than the words of the expedition members themselves - culled from hours of archival interviews - Pooley recreates the conditions (including what seems now to be only the most rudimentary equipment), the relationships, and the socio-historical context of the undertaking that had much of the world holding its breath." (Toronto Film Festival)

Beyond the Edge 3D / Reviews

Undoubtedly the most technically impressive film (not featuring Hobbits or Na'vi) ever mounted in this country, Beyond The Edge is also an emotionally enthralling experience that celebrates one of our nation's greatest achievements with candour and respect.

The use of 3D scarcely deepens Beyond the Edge, a rote run-thru of Sir Edmund Hillary’s climb... the pic’s historical context is too limited to convey the event’s importance to those outside the mountain-climbing set.

It all makes for a film that is one of the great Hillary docos, even if it's far more about what he did than who he was.

It is understated, modest, but it is also spectacular beyond words.