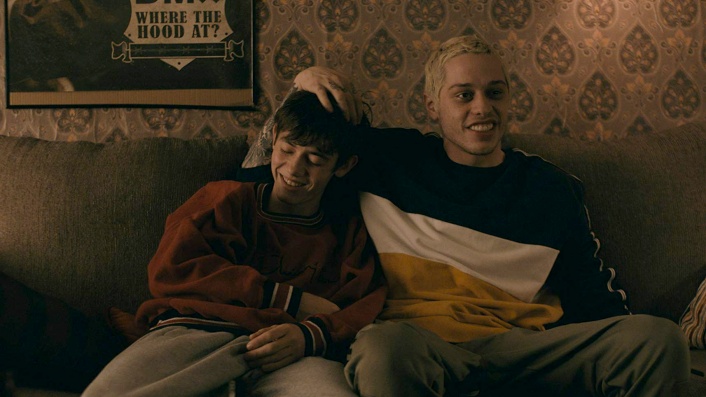 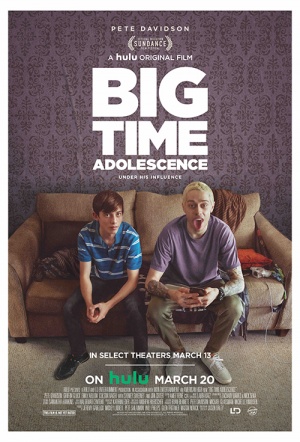 Griffin Gluck is a suburban teenager receiving terrible guidance from his older, screw-up friend (Pete Davidson) in this buddy comedy nominated for the Grand Jury Prize at Sundance.

"It’s funny: humans have been growing up for a really long time, but somehow we still suck at it. Just look at sixteen-year-old Mo (Griffin Gluck, Why Him?). He’s bright enough and comes from a good family, yet his best friend is … Zeke (Pete Davidson). Yeah, that Zeke—the aggressively unmotivated college dropout who used to date Mo’s older sister. Mo’s well-meaning dad (Jon Cryer, Two and a Half Men) is less-than-thrilled by this state of affairs. His sister? Woof. So instead of spending his days readying himself for adulthood, young Mo is getting a very different sort of schooling. Zeke favours a nontraditional style with practicals in dealing, partying, and ghosting. Academia this ain’t." (Sundance Film Festival)

I'm eager to see what everyone here does next, including Orley and Gluck, but especially Pete Davidson.

The surprising melancholy of the film juxtaposed with the quick wit of Davidson does hint at something worthy in Orley's vision, but it's just not quite enough to set the world on fire.

It sings the most when Davidson is on-screen, shuffling around with his lanky gait, screwing things up with the best of intentions.

A bittersweet look at taking one's idols off their pedestals.

"Big Time Adolescence" isn't bad, but it's a trifle.