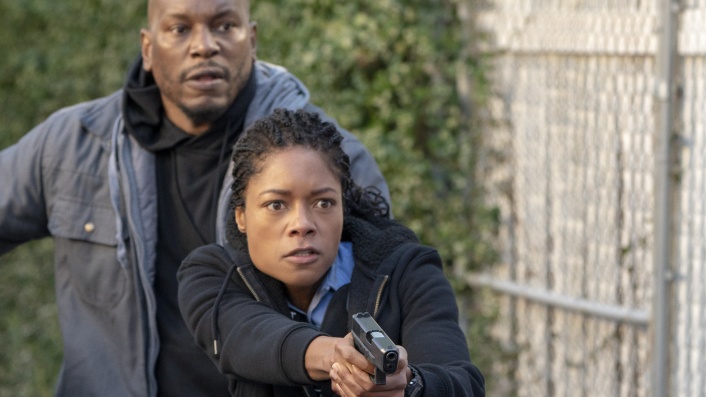 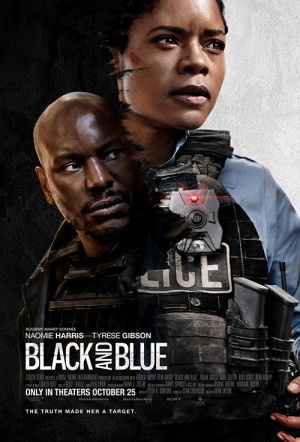 Naomie Harris is a rookie cop being pursued by corrupt colleagues after accidentally filming them murdering a drug dealer in this crime thriller.

A rookie Detroit African-American female cop stumbles upon corrupt officers murdering a drug dealer - an act she inadvertently captures on her body cam. In order to destroy the footage, the killers pursue her through the night with the help of a dangerous gang who now believes that she's the one behind the dealer's death.

Noble intentions are up against dog-eared cliches and frustratingly, it's a battle that too often leads to us, the audience, losing.

Sometimes genre entertainment can illuminate troubling realities better than more earnest and self-seriously realistic films, and "Black and Blue" belongs to that tradition.

Not even the considerable talents of the ever watchable Naomie Harris can elevate Black And Blue above the broad and generic. The result is sadly aggressively formulaic.

This taut, disposable chase thriller has its share of cheesy plot twists and cardboard supporting characters, but for the most part the film follows the lead of its no-nonsense star Naomie Harris.

This cheesy thriller is the quattro formaggi of cop films.

Too often, the suspense dissipates between action scenes when it should be consistent and relentless, even in the quietest moments.

Too often, the suspense dissipates between action scenes when it should be consistent and relentless, even in the quietest moments.