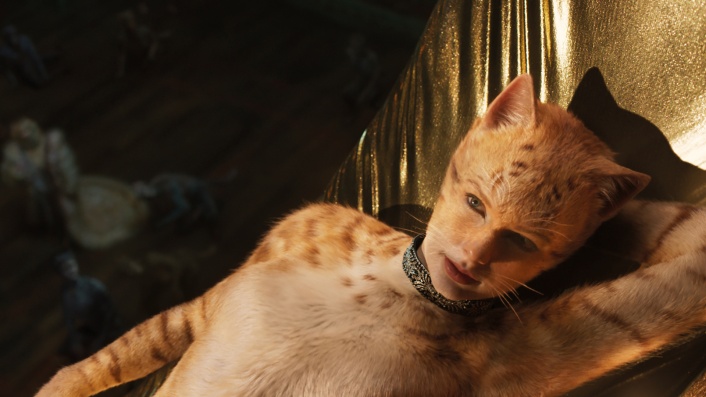 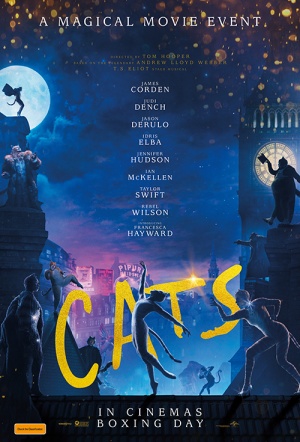 After being abandoned by her owner on the streets of London, a kitten named Victoria (Hayward) is welcomed into a tribe of cats called the Jellicles who have a yearly competition to be granted a new life.

While it's far from being perfect, or even purr-fect (feline puns are proving irresistible to everyone writing about the film), it certainly doesn't warrant the abuse that has been heaped upon it. At the very least, it deserves a chance.

That Cats will go on to be a midnight cult and a life-time favourite among people who treasure fatally misguided films, seems a certainty ... But in no way at all should you take that as a recommendation to go and see it yourself. Or at least, consider yourself warned.

…unable to claw itself away from its detracting visuals.

Human faces, teeth and hands peek out from airbrushed furry bodies. It shouldn’t really be any more cringeworthy than the stage-show Cats with the hyperbolic make-up and over-accentuated moves, but somehow the film’s efforts to make things more “realistic” are just embarrassing.

The intended humour mostly falls flat (lame jokes like "cat got your tongue" are neither funny nor logical), but there's something in the garish, glorious failure of it that can absolutely be enjoyed. It is unbelievable that it even exists.

Without the presence of hard-working troupers in fun fur in this "Cats," all that's left are canned images of fit-looking people meowing and raising their rumps high in the air.

Sadly, this uneven eyesore turns out to be every bit the Jellicle catastrophe the haters anticipated, a half-digested hairball of a movie...

With its grotesque design choices and busy, metronomic editing, "Cats" is as uneasy on the eyes as a Hollywood spectacle can be, tumbling into an uncanny valley between mangy realism and dystopian artifice.

I found it all exhausting.

The Cats movie is about cats, yes. But it also should have been about, well, Cats.

Once seen, the only realistic way to fix Cats would be to spay it, or simply pretend it never happened. Because it's an all-time disaster - a rare and star-spangled calamity which will leave jaws littered across floors and agents unemployed. For the first time since the head-spinningly dire dadcom Old Dogs in 2010, I'm giving a film no stars.