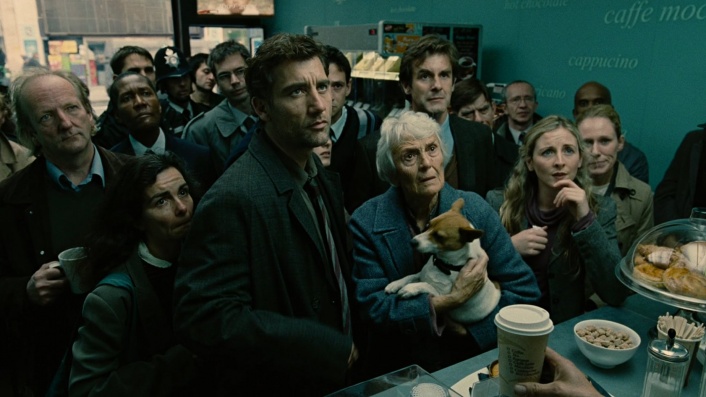 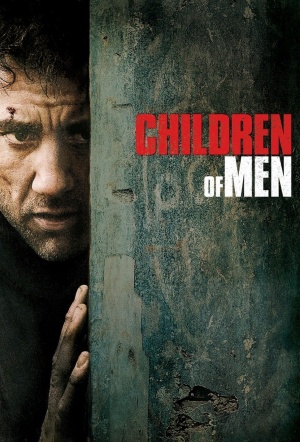 Clive Owen is the reluctant protagonist in a grim near-future where no children have been born for many years. Directed by Alfonso Cuaron.

Set in a dystopian London, year 2027, the world is on the brink of collapse because no children have been born for 18 years (an occurance science can't explain). Following the miraculous discovery of a pregnant woman, London office worker Theo (Owen) is coaxed into protecting her by a politically radical ex-girlfriend. They attempt to escort the woman to a sanctuary at sea where her child's birth may help scientists save mankind. Soon though, Theo finds his life in danger from both government and revolutionaries.

An often grippingly realized portrait of a not-so-futuristic Blighty in which fascism and infertility have become uneasy bed partners, Alfonso Cuaron's "Children of Men" is a fine but flawed exercise in dystopia. Much more effective when it's a down-and-dirty actioner than when trying to grapple with the multitude of personal and political issues raised, pic suffers from Clive Owen's cold lead playing but gains some heart and soul from a kudosworthy, wonderfully eccentric performance by Michael Caine...

Owen's compelling performance combined with Cuaron's inspired sense of doom makes Children of Men thought-provoking at a time when science fact is doing the job that science fiction once did at the movies...

A visually stunning Swiftian satire, Children Of Men may appear clumsy, but its message is simple, heartfelt and ultimately rather moving...

A scene where guns are silenced by the sound of a crying baby cuts straight to the heart of the matter and lingers afterwards. Like the film on the whole, the surrounding noise can be distracting, but there are deeper truths that strike a chord...