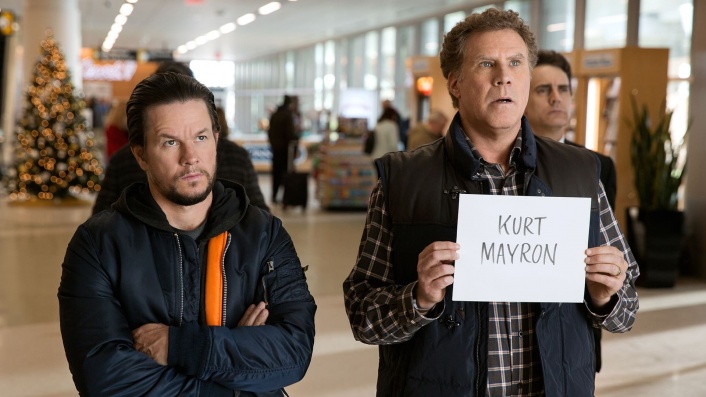 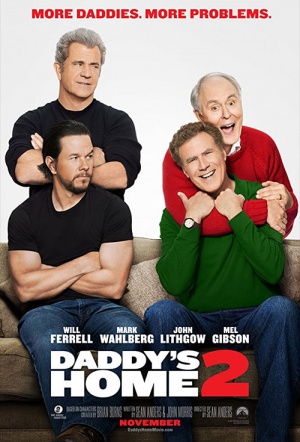 Will Ferrell and Mark Wahlberg reprise their roles in the follow-up to 2015's Daddy's Home. Co-stars John Lithgow and Mel Gibson. More

Father and stepfather, Dusty (Wahlberg) and Brad (Ferrell), have joined forces to provide their kids with the perfect Christmas. But their newfound partnership is put to the test when Dusty’s old-school, macho Dad (Gibson) and Brad’s ultra-affectionate and emotional Dad (Lithgow) arrive just in time to throw the holiday into complete chaos.

The Daddies are back, in yet another unwanted comedy sequel that's just as mediocre as its predecessor, now with added Christmas. The original had Will Ferrell as a bumbling buffoon being victimised by an in-full-arsehole-mode Mark Wahlberg as the pair competed for alpha patriarch position. They ended up as friends, but in the sequel there's all sorts of extra stuff thrown at the formula - more buffoons, more arseholes, more daddies, daddies of daddies… you get the idea.

This is a toxic, not at all benign film made for the enjoyment of everyone still oblivious to the fact that this kind of worldview is crashing down in flames even as we speak.

In its stupido-on-purpose way, can seem almost relevant in its trivial hit-or-miss yocks.

It’s hard to know if this clunky comedy is part of Mel Gibson’s redemption arc or some strange new form of karmic retribution.

If Daddy's Home (2015) played like a distant, wayward cousin of Step Brothers, Daddy's Home 2, again directed by Sean Anders, is the sort of relative you might disown.

Though no great shakes in terms of cinematic craft, the film has an odd sophistication, of a kind Anders might have picked up from the Farrelly brothers.

Unfortunately, that zeitgeist-y notion is largely squandered, along with any sense of character, wit or inspiration, in this deeply lazy sequel.

Moronic in the extreme. No parts here to salvage.

It's odd, for a film that ostensibly makes male vulnerability its ultimate goal, how much contempt it has for its most open and loving character. Daddy's Home 2 is available to stream in New Zealand now on Google Play and Prime Video and Apple TV.