spoiler alert? this movie could be called "the worst ground hogs day ever".
I really liked this movie...the enemy were really cool and creepy, the story was interesting, the visuals were cool and the character development and story was actually touching.
Ive said it before and ill say it again: Tom Cruise has the best run of any actor on screen....when he is running you believe he is honestly frantically moving for his life.
I didn't hate the ending but I'm fairly certain that the last sequence was added after the first test screenings....it would have been a much stronger but less resolving end without it.
This is a true must see at the cinema kinda movie. 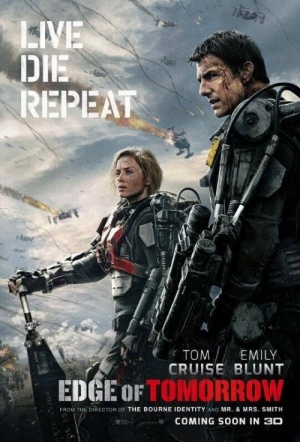