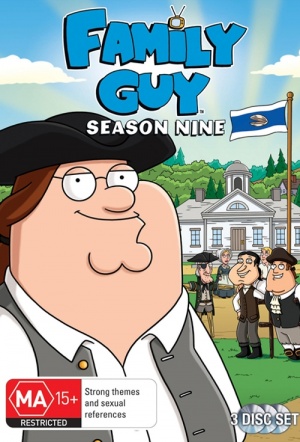 Season 9 (20 episodes) of Seth MacFarlane's hit show marks the first episodes to screen in HD and a new title sequence. The opening show is an hour long Agatha Christie-styled whodunnit.

Family Guy follows the misadventures of Peter Griffin (MacFarlane), his friends and family – wife Lois (Alex Borstein), idiot son Chris (Seth Green), ugly daughter Meg (Mila Kunis), sadistic baby Stewie (MacFarlane) and dog Brian (MacFarlane). The show (launched in 1999) was initially canceled in 2002, but after massive DVD sales and an outcry from fans, the show was reintroduced on Fox in 2005.