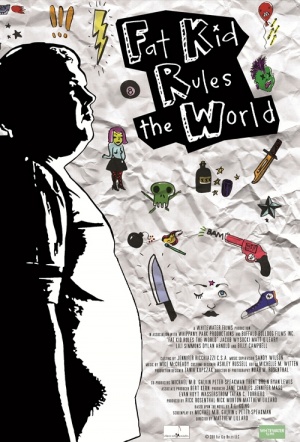 The depressing life of a big-boned teen is invigorated when he leaps into Seattle's punk rock scene in this coming-of-age comedy. Directorial debut from actor Matthew Lillard (Scream, Scooby-Doo).

Troy (Jacob Wysocki) is fat. His life sucks. He's about to end it all by jumping in front of a bus when Marcus (Matt O'Leary), a charismatic local guitar legend, tackles him to the ground and changes his life forever.

Based on the novel of the same name which author K.L. Going has said was inspired by Kurt Cobain.