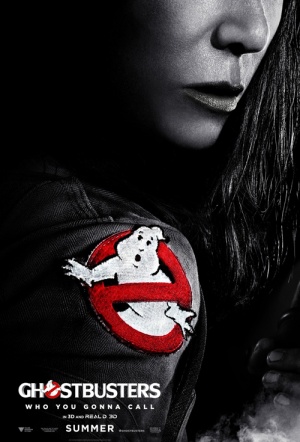 The third Ghostbusters film - a reboot from Bridemaids director Paul Feig and two of its stars, Kristen Wiig and Melissa McCarthy. They are joined by Kate McKinnon, Leslie Jones and Chris Hemsworth.

Another Ghostbusters movie has long been speculated (the originals were made in 1984 and '89), spearheaded by co-creator Dan Akroyd. After years of failed attempts, rumours suggest Sony Pictures are now planning a series of inter-connected Ghostbusters movies to follow, with Channing Tatum and Chris Pratt potentially headlining a follow-up to Feig's.

I was beyond excited when it was announced that Paul Feig was rebooting Ghostbusters with a handful of my favourite comedians. And naturally I was shocked that such a large chunk of the movie-watching world objected to the premise. I very much wanted this film to be so transcendental, so side-splittingly funny, that those people would melt on the floor of their parents’ basements in remorse.

Both funnier and scarier than Ivan Reitman’s 1984 original, [although it] doesn’t do nearly enough to innovate on what has come before.

Here’s a summer movie starring a girl squad proud of its big brains and tacky jumpsuits. You could call that a supernatural event in itself.

The 2016 vintage of Ghostbusters speaks to its time with the same withering comic accuracy and hot-air-balloon-sized sense of fun as the 1984 original.

The new, cheerfully silly "Ghostbusters" is that rarest of big-studio offerings - a movie that is a lot of enjoyable, disposable fun.

Though hats are respectfully doffed, this is a four-woman show, deftly managed to allow all the leads a chance to showcase their own distinct brands of comedy.

While the dialogue doesn't labour the point, this is a film about women brought together by a shared intellectual passion, shrugging off the mostly male authority figures who try to put them in their place.

Despite the inspired idea of rebooting the Ghostbusters as gal-geeks, the movie's not great either

It's all busy-ness, noise and chaos, with zero thrills and very little sustainable comic buoyancy.