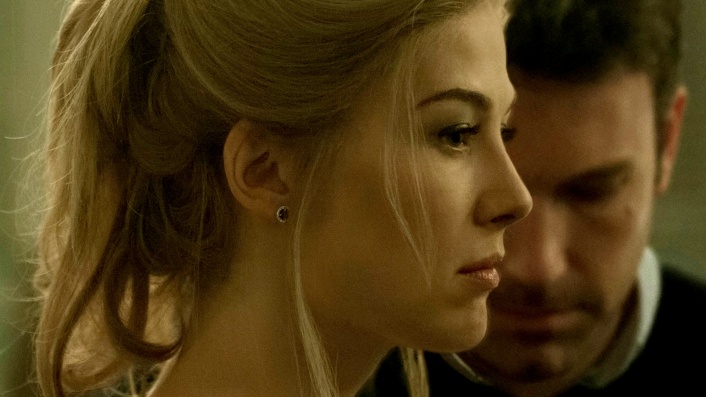 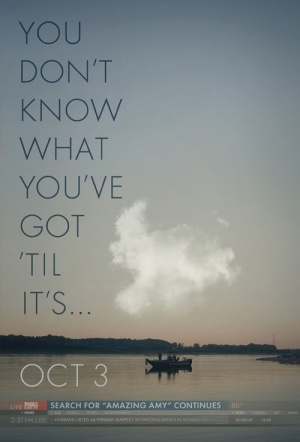 The Dunne's wedding anniversary seems like any other, with Nick popping into The Bar, a bar he owns with his sister, and then heading home to meet Amy - the only trace of whom is the aftermath of a struggle. While initially treated with sympathy, Nick quickly becomes the prime suspect in the minds of both the police and the public, and he's forced to keep up appearances while hiding sleazy secrets and trying to work out what has happened. Meanwhile, Amy's diary entries paint a picture of true love turned sour...

Gillian, who adapted her own novel, told Entertainment Weekly that the film deviates from the source material, adding: "There was something thrilling about taking this piece of work that I’d spent about two years painstakingly putting together with all its eight million LEGO pieces and take a hammer to it and bash it apart and reassemble it into a movie."

As a fan of Gillian Flynn’s Gone Girl, the notion of David Fincher bringing her twist-laden, guilt-infused novel to the big screen was a perfect fit. Ditto for Ben Affleck’s casting as the often slimy, only semi-sympathetic and sometimes ill-advisedly smirking Nick Dunne, and Rosamund Pike his missing, put-upon wife Amy. With former Entertainment Weekly TV writer Flynn herself penning the screenplay and the likes of Neil Patrick Harris, Kim Dickens, Patrick Fugit, Tyler Perry and Scoot McNairy popping up amongst the supporting cast, all signs pointed to a quality adaptation and Gone Girl does not disappoint.

Surgically precise, grimly funny and entirely mesmerizing over the course of its swift 149-minute running time, this taut yet expansive psychological thriller represents an exceptional pairing of filmmaker and material.

Doesn’t have the heft of Zodiac or the verve of Se7en but Gone Girl is a masterful adaptation and a superior crime-thriller. As for Fincher changing the ending… See for yourself.

It's a hypnotically perverse film, one that redeems your faith in studio smarts (but not, alas, in local law enforcement, tabloid crime reporting or, indeed, marriage).

Dread descends like winter shadows, darkening the movie's tone and visuals until it's snuffed out all the light, air and nuance.

Gone Girl, finally, may be no more than a storm in a teacup. But what an elegant, bone-china teacup this is. And what a fearsome force-10 gale we have brewing inside.

Floating through the narrative like a ghost, [Pike] embodies the aloofness that is both the film's strength and its weakness.

A sharply made, perfectly cast and unfailingly absorbing melodrama. But, like the director's adaptation of another publishing phenomenon, The Girl With the Dragon Tattoo, three years ago, it leaves you with a quietly lingering feeling of: “Is that all there is?”

Stylish, twisted and daring, Gone Girl is a David Fincher date movie: dark, smart and dangerous. If it doesn’t deliver in its finale, its twist, turns and commitment to moral repugnance will leave you reeling.