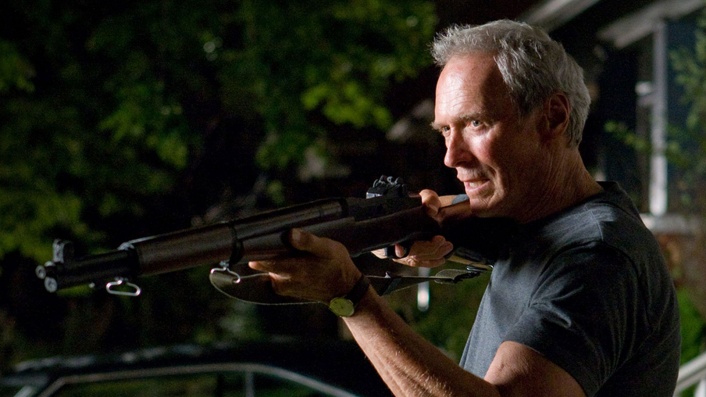 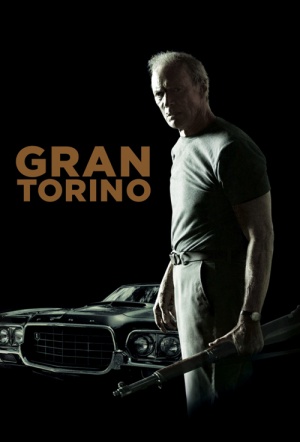 In his first role since Million Dollar Baby (which he also directed), Clint Eastwood plays a disgruntled Korean War veteran called Walt Kowalski. His adult children are trying to get him to move into a retirement home, but he resists. When Kowalski’s neighbour, a young Hmong teenager, tries to steal his prized car – a 1972 Gran Torino – he goes all Dirty Harry and starts taking the law into his own hands.

Above all, it feels like a summation of everything he (Eastwood) represents as a filmmaker and a movie star, and perhaps also a farewell.

Highlighted by the star's vastly entertaining performance, this funny, broad but ultimately serious-minded drama about an old-timer driven to put things right in his deteriorating neighborhood looks to be a big audience-pleaser.

Mr. Eastwood is also an adept director of his own performances and, perhaps more important, a canny manipulator of his own iconographic presence.

Perhaps the best thing about Schenk's script is that it enticed Eastwood to end his self-imposed acting hiatus and bring his one-of-a-kind aura back to the screen.

Eastwood has always had the gift for comedy in his acting repertoire, but he indulges in it only rarely. His fans might embrace this return to comedy.

Gran Torino is not a masterpiece. It’s a fun character drama that features a knowing but winning final performance by Clint Eastwood and just enough commentary to make it worth discussing.