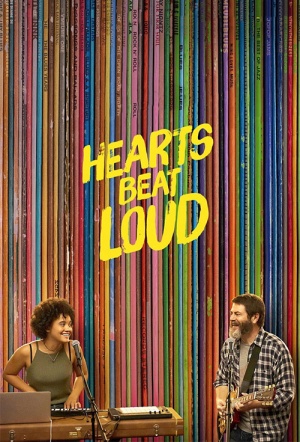 Indie dramedy with Nick Offerman and Kiersey Clemons (Dope) as a father-daughter music duo that accidentally blow up on Youtube.

In the hip Brooklyn neighbourhood of Red Hook, single dad and record store owner Frank (Offerman) is preparing to send his hard-working daughter Sam (Clemons) off to college, while being forced to close his vintage shop. Hoping to stay connected through their shared musical passions, Frank urges Sam to turn their weekly “jam sesh” into a father-daughter live act. After their first song becomes an internet breakout, the two embark on a journey of love, growing up and musical discovery.

In his recent profile of the reclusive Australian novelist and poet Gerald Murnane, New York Times journalist Mark Binelli revealed the writer’s obsession with crafting stories and illustrations that paint in minute detail a private fantasy world. With no intended readers in mind, the inference was that Murnane had embraced a kind of ‘pure’ prose. Why is it strange for writers to write for no readers, but not strange for musicians to jam by themselves for no listeners?

Kiersey Clemons proves she's the real deal. As for the film around her, Haley's 21-drum solo salute to the passage of time is, like Frank, merely fine.

Offerman puts in a subtle turn beneath his humongous ageing-hipster beard and Clemons is deliciously natural as the exasperated Sam.

There's not a rough edge in sight - and, for many viewers, that will be just fine.

Frank and Sam make beautiful music together. No, that's not a metaphor; it's an accurate description that's central to what makes "Hearts Beat Loud" such an engaging endeavour.

A slice of pure cinematic joy with Offerman and Clemons on top form.

A sincere, occasionally touching family dramedy with a music backdrop.