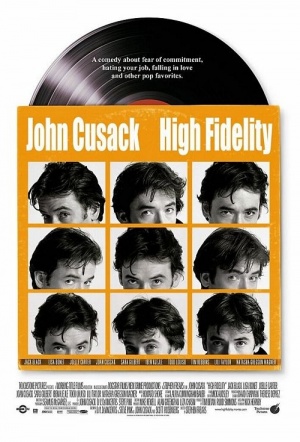 John Cusack leads this romantic comedy as record store owner Rob. As an ode to his broken love life, Rob applies his compulsive musical list-making habits to previous relationships, counting off his Top Five breakups – including the one that’s about to happen. Directed by Stephen Frears (who would go on to direct The Queen), based on the novel by Nick Hornby (with the setting moved from London to Chicago). Jack Black, Catherine Zeta-Jones, Tim Robbins and Lisa Bonet co-star.

The movie is sparked by more than half a dozen incisive performances.

Away from the love stuff, High Fidelity is probably the best film about the joys of retail since Clerks; very good on the muso conversations born out of boredom...