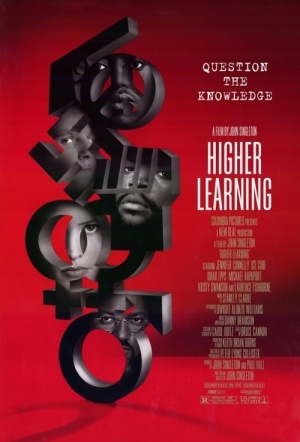 At fictional Columbus University (where a statue of the explorer stands witness to the dominant culture's supremacy), three freshman arrive to find a campus ready to explode. Malik (Omar Epps) wavers among the influences of revolution-preaching super-senior Fudge (Ice Cube), no-excuses Professor Phipps (Laurence Fishburne), and his motivated girlfriend Deja (Tyra Banks). Kristen (Kristy Swanson), another neophyte, is thrown into sexual confusion when she meets a charismatic lesbian, while the socially inept Remy (Michael Rappaport) can only fit in with the local skinheads.