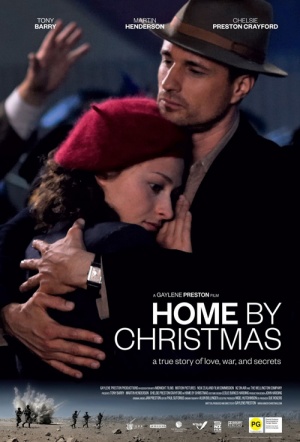 Ed Preston (old Ed is played by Tony Barry, young Ed is played by Martin Henderson) is on his way home from rugby practice in 1940, when he signs up for the New Zealand Army to fight in World War II. His new wife, Tui, is pregnant and distraught, but he tells her not to worry, he’ll be home by Christmas. And so he is – four years later – after escaping from a prison camp in Italy. But while Ed is away, Tui has fallen in love with another man.

Through old photos, footage from the times and period recreation, the whole story of Ed Preston comes to life - it's a bold narrative touch which makes the memoir stand out.

This well-timed kiwi outing from filmmaker Gaylene Preston will attract a passionate audience, with the kind of film many will augment with their own personal stories for a more intimate resonance.