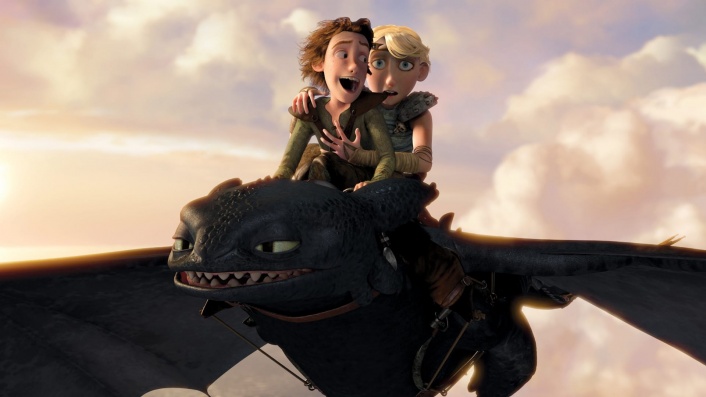 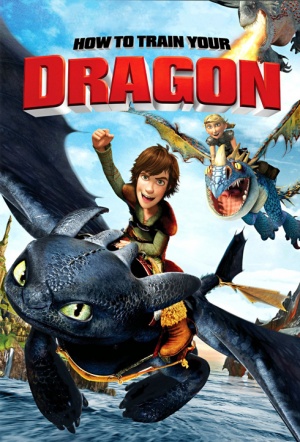 3D animated adventure set in the mythical world of burly Vikings and wild dragons, based on the book by Cressida Cowell. This is from DreamWorks Animation (Shrek, Madagascar). More

On the island of Berk where fighting dragons is a way of life, a teenage Viking called Hiccup (Jay Baruchel, Knocked Up) is out of favour in the eyes of his tribe and his chief, his father Stoick the Vast (Gerard Butler). When Hiccup is included in Dragon Training, he takes the chance to prove to everyone that he's a natural fighter. But instead of fighting them, Hiccup winds up befriending a dragon, and attempting to set a set a new course for dragon and Viking relations.

A thrilling drama interspersed with amusing comedic elements (rather than the other way around).

How To Train Your Dragon is the story of Hiccup (voiced by Jay Baruchel) a scrawny wannabe Viking, who works as a trainee blacksmith while his Viking father and leader Stoick (voiced by Gerard Butler who appears to be channeling Leonidas from 300 at times) tries to protect their village from the invading forces of dragons.

Works enough miracles of 3-D animation to charm your socks off.

A 3D movie that will intrigue kids and adults alike but might play raggedly in both camps.

The start wobbles, but once boy and dragon connect, this becomes a thrilling flight.

We aren’t aware of any way to watch How to Train Your Dragon 3D (2010) in New Zealand. If we’ve got that wrong, please contact us.