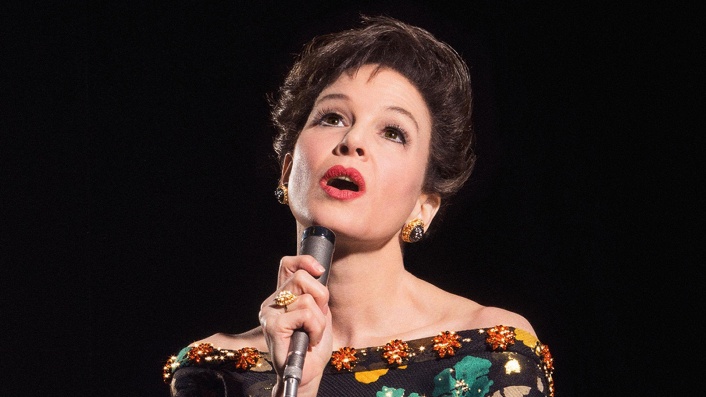 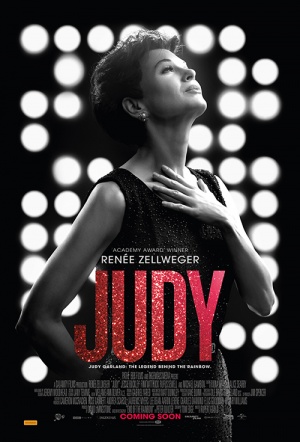 In an Oscar, BAFTA and Golden Globe-winning performance, Renée Zellweger is legendary singer and actress Judy Garland in this biopic based on the 2012 Olivier- and Tony-nominated Broadway play, End of the Rainbow.

Judy Garland arrives in London in the winter of 1968 to perform a five-week run of sold-out concerts.

Judy acknowledges the troubling experiences of a Hollywood icon in an engrossing and timely biopic spearheaded by a transcendent Zellweger performance.

Judy toggles back and forth between Garland's time on the set of The Wizard of Oz and these last few months on Earth. Director Rupert Goold (True Story), working from a script based on the Broadway show End of the Rainbow, marshalls the known facts of Garland's life economically and intelligently. Cinematographer Ole Bratt Birkeland (The Crown) lights the screen with a likably scuzzy mix of neon and dingy backstage bulbs as the film unfurls in London, while the Los Angeles-set flashbacks are all bright sun and cornflower skies.

Zellweger beautifully captures the integrity of Garland's will to entertain. Your heart aches knowing she'll never get the happily ever after she's dreamed of, but it also puts great emphasis on the value of the experiences had while reaching for it.

The best thing about Judy, perhaps, is that while it focuses overly on the tragedy of her late career... it is nevertheless a compelling document of a woman who constantly gave of herself.

Judy is an enjoyable, sincere attempt to present a multi-faceted portrait of a Hollywood legend, bolstered by a strong Renée Zellweger.

Renee Zellweger gives the performance of her career in a film which is certainly an awards-friendly biopic, but strikes a darker, more maudlin note than expected.

Goold's movie sometimes stumbles, but it made one indispensable choice in finding the right actress to channel the diva.

Renée Zellweger gives us a heartfelt, studied portrayal of Garland.

It's gutsy, can't-look-away work, yet it might not enthrall those who evaluate biopic turns as Olympian feats of technical mimicry.