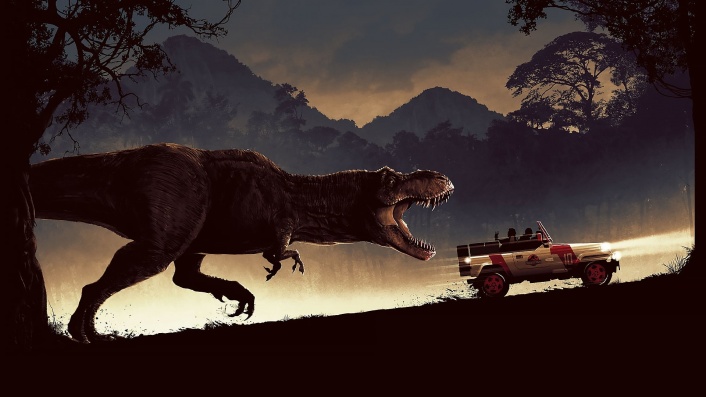 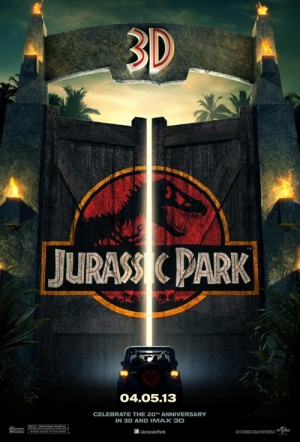 Steven Spielberg's sci-fi, monster-movie classic re-released in 3D. On a remote Pacific island, an experiment has taken place: Dr John Hammond (Richard Attenborough) is creating a zoo and the main attractions are living dinosaurs brought to life using fossilized DNA remains. Hammond's lofty ideas turn deadly though after he invites five visitors (Sam Neill, Laura Dern and Jeff Goldblum included) to preview the facilities. Nature this big can't be contained and the island's guests find themselves in wilderness, battling to survive among the prehistoric predators. More

A watershed moment in CGI effects, Jurassic Park became the highest-grossing film of all time upon release in 1993. It was surpassed by James Cameron's Titanic in 1997, which also saw a 3D re-release in 2012.

Jurassic Park’s once-innovative technology may have been eclipsed by more sophisticated onscreen trickery in the two decades since its release, but the film still has plenty to offer audiences as a suspenseful adventure that has stood the test of time. That’s not to say the last twenty years have been particularly kind to its costumes or onscreen gadgets (“look, a CD-ROM!!”), or the chaos theory pop science spouted throughout by Ian Malcolm (Jeff Goldblum in a performance that now is plain weird - or plain awesome).

May be one-dimensional and even clunky in story and characterization, but definitely delivers where it counts, in excitement, suspense and the stupendous realization of giant reptiles.

One of the big screen’s very greatest thrill-rides.

Spielberg has great fun with every last growl and rumble signaling the approach of danger...

Spielberg's dino-park thrill ride comes up eye-wateringly shiny in this rereleased version - even if its clunkier elements have become a bit more obvious with time.

The well-selected cast is winningly sympathetic and entertainingly idiosyncratic.

Cliché or no, there's no getting around it - quite simply one of the greatest blockbusters of all time.

We aren’t aware of any way to watch Jurassic Park 3D in New Zealand. If we’ve got that wrong, please contact us.