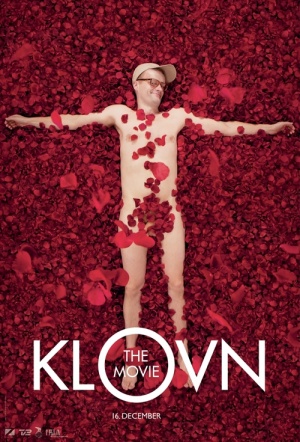 R-rated comedy based on the popular Danish sitcom Klovn. Follows two wildly inappropriate friends as they embark on a canoe trip - with a kidnapped 12-year-old - that thinly veils their true intentions of a weekend of debauchery.

"When Frank discovers his girlfriend is pregnant and having doubts about his ability to be a father, he 'kidnaps' her 12-year-old nephew and brings him along for the ride. Despite their new impressionable travel companion, Frank and Casper make no changes to their original raunchy itinerary. What follows is a hilarious series of misadventures." (Fantastic Fest 2011)

Mikkel Norgaard serves up an edgy brew that skewers just about everything Danish in sight, including the Dogma style of cinema, which comes off as increasingly passe.

It's actually rather sweet, in its raunchy way.

At its best, it's a sly dismantling of a familiar comedy template built on male cluelessness and female responsibility.

Story of a man's ill-concieved attempt to prove his merit as a father benefits from Frank Hvam's dry comic performance.

Whenever Klown hits, it's hysterical.