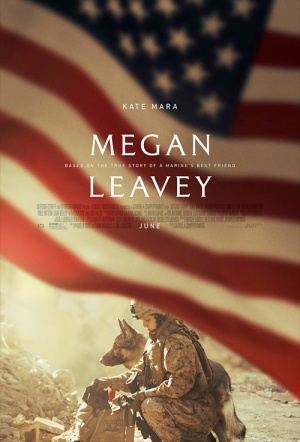 A marine corporal (Kate Mara) builds a lifelong relationship with a military combat dog in this war drama based on a true story. Co-stars Common and Edie Falco.

When Leavey (Mara) is assigned to clean up the K9 unit after a disciplinary hearing, she identifies with a particularly aggressive dog, Rex, and is given the chance to train him. Over the course of their service, Megan and Rex complete more than 100 missions until an IED explosion injures them, putting their fate in jeopardy.

Often too clunky for its own good, and (ahem) doggedly apolitical throughout, this earnest feel-good tale nonetheless manages to pull on the heartstrings with sufficient gentleness.

A bit of a mess from the moment it starts, but it’s hard to completely dismiss any movie with a soul this strong...

Gabriela Cowperthwaite has made a movie about soldiers that's not, strictly speaking, a war film. She's made a love story, one that's all the more heartstring-tugging for its cogent restraint.