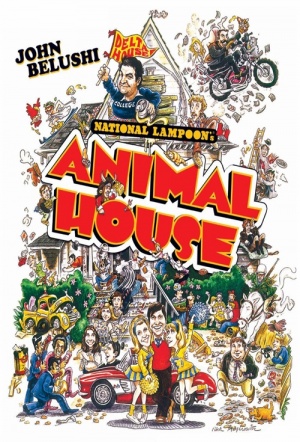 The comedy hit of 1978 and the big screen debut of Saturday Night Live comedian John Belushi. The raucous, beer swilling members of the Delta House university fraternity take on Dean Wormer (John Vernon), after he puts them all on probation and plots to expel them. A spinoff from magazine National Lampoon, Animal House is credited as launching the gross-out comedy genre.

Growing old disgracefully, Animal House is every bit as good as you remember.

An unashamed sense of its own fantasy is coupled with classically mounted slapstick; nostalgia mixes with cynicism in seductive proportions.

By no means one long howl, but it's often very funny, with gags that are effective in a dependable, all-purpose way.

The movie is vulgar, raunchy, ribald, and occasionally scatological. It is also the funniest comedy since Mel Brooks made The Producers.

Arguably the most influential comedy of our time.