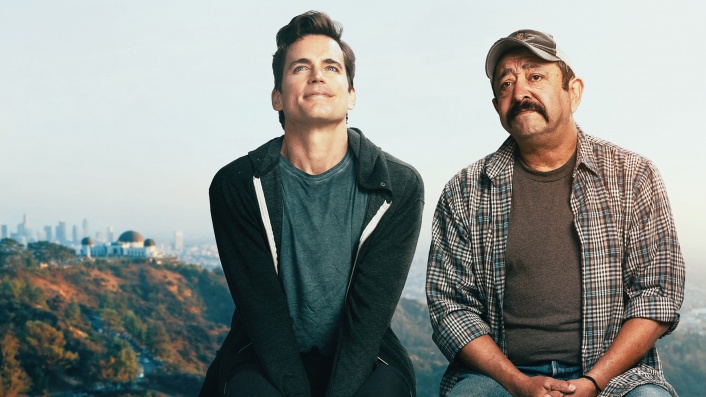 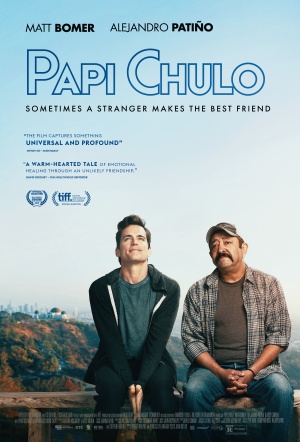 Magic Mike's Matt Bomer is a lonely TV weatherman who starts an unusual friendship with a Latino migrant worker in this indie comedy drama.

"Following his very public breakdown during a live broadcast, Sean is forced to take leave from work. Scarred from the end of a long-term relationship, lonely and aimless, Sean decides to do some home repairs. Outside a hardware store, he hires Ernesto to carry out the work. Though they have no shared language and can barely communicate, Sean and Ernesto form an unusual friendship, and Sean is soon paying Ernesto to go boating, hiking and attend parties with him – causing much amusement for Ernesto’s wife. Gradually the source of Sean’s unusual behaviour becomes clear, making the profound bond between the two men all the more poignant, in this funny, empathetic film by John Butler." (Sydney Film Festival)

Papi Chulo is redeemed, just, by a couple of terrifically good lead performances and the decision to not have Ernesto utter gnomic wisdom at the hapless Sean. It's no Intouchables, but neither, thankfully, is it Driving Miss Daisy.

It's the synergistic performances of Matt Bomer, playing raw and broken, and Alejandro Patino, conveying decency and nonjudgmental compassion behind his deadpan raised eyebrows, that makes the movie click.