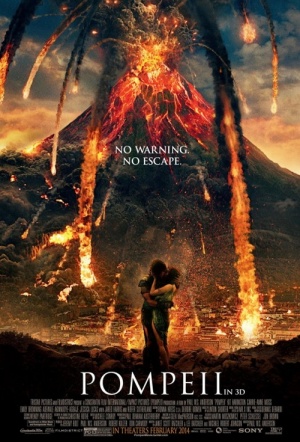 Milo (Harrington) was the sole survivor of the massacre of his family and tribe in Brittania by Corvus (Sutherland). Sold into slavery, the child grew to become a talented gladiator and was brought to fight in Pompeii, where he catches the eye of the ruler's daughter Cassia (Browning). As the warning signs of Mt Vesuvius' impending eruption go unheeded, Milo has his hands full just staying alive in the gladatorial arena as Corvus stacks the odds against him - but the catastrophic fireballs unleashed by the volcano soon imperil everyone in the city including Cassia, whom Milo sets out to save from this violent natural disaster.

Proves less successful at combining destruction and damsel-in-distress storytelling within the same frame.

The movie in your head melts ten times better.

Though the film’s gorgeous color palette resembles burnished jewelry, there is a staleness and overfamiliarity...

Feels like an excuse to rain digital terror on screaming extras.

When you find yourself wishing the lava would hurry up and engulf the city sooner, the movie is in trouble.

[An] explosive but awfully generic offering.