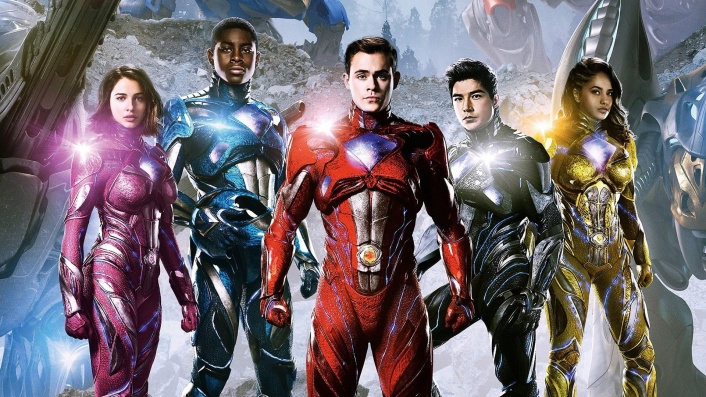 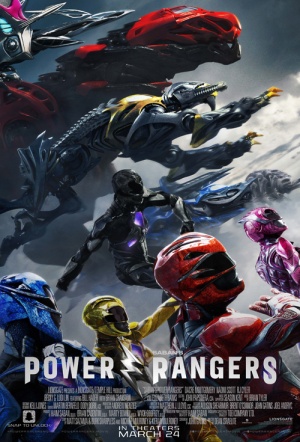 The director of Project Almanac takes on a modern version of the '90s action series about a group of teens who find a mysterious source of power. Co-stars Elizabeth Banks (The Hunger Games) as Rita Repulsa, Bill Hader (Trainwreck) as Alpha 5, and Bryan Cranston (Trumbo) as Zordon.

A modern Power Rangers movie? I think I heard more rolling eyes than pumping fists when that was first announced. However, unlike most of the reboots that have recently flooded cinemas, the Mighty Morphin teenagers have never taken a break since the ‘90s, staying relevant on TV in Wild Force, DinoThunder, and Ninja Steel. (Don’t worry, I have never heard of those things either.) So a big blockbuster film is more justified than other remade properties. Director Dean Israelite, who almost made a good movie out of Project Almanac, almost makes a good movie out of this feature. He and his team get about 50% there, which might be good enough for some. But one person’s “glass half full” is another person’s “fully half assed.”

The characters in "Power Rangers" have all the depth and idiosyncrasy of walking talking robo-teen action figures.

We didn't really need any of this: not the repackage, nor more superheroics, nor the closing-credits cover of Snap's The Power.

Action-wise it's slo-mo pyro a go go from the get go, although the whole movie feels about 20 minutes too long.

A teen group therapy session disguised as a superhero movie, "Power Rangers" is numbingly predictable and cynically made, recycling myriad blockbuster tropes but draining their adolescent pleasures in the process.

Though the Rangers themselves acquit themselves honourably, you never really reach the point where you'd be unhappy to see one of them choke on a fish bone.

...maintains dramatic tension even while teetering on the brink of excess.

...if nothing else, Power Rangers is clever in its construction.

Much like the teens at the center, Power Rangers goes through some awkward growing pains in real time trying to figure out what movie it wants to be or even should be. Power Rangers is available to stream in New Zealand now on Google Play and Apple TV and Neon.