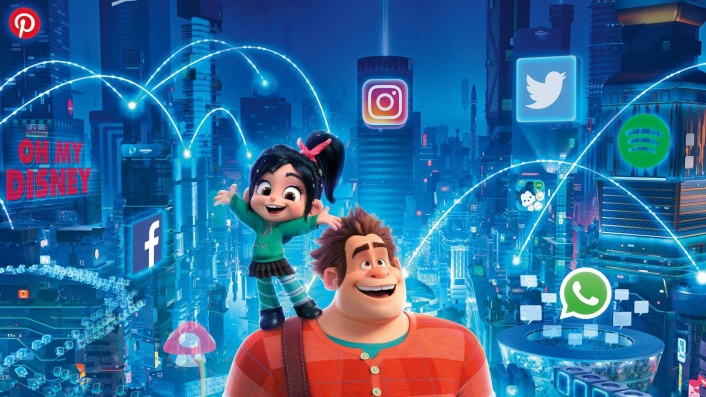 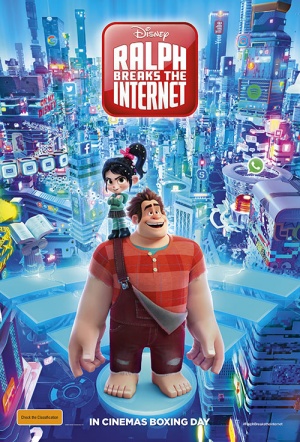 John C. Reilly returns to voice to the sequel to Disney's 2012 3D animated adventure, along with Sarah Silverman and an all-star voice cast. This time, Ralph ventures into the World Wide Web.

Video game bad guy Ralph and fellow misfit Vanellope (Silverman) travel to the internet in search of a replacement part to save Vanellope's video game, Sugar Rush. In over their heads, Ralph and Vanellope rely on the citizens of the internet - the netizens - to help find their way, including an entrepreneur named Yesss (Taraji P. Henson), who is the head algorithm and the heart and soul of trend-making site BuzzzTube.

It's a poignant buddy movie that's sincere in all the right places, but knows better than to take itself too seriously.

"Ralph Breaks the Internet" might look like just another adorable, funny animated family film, but it also connects to our current reality in ways that are downright bone-chilling.

Somewhere between Ready Player One and The Emoji Movie, summoning up a zero-gravity spectacle of dazzling colours and vertiginous perspectives, a featureless and inert mashup of memes, brands, avatars and jokes.

By the end, you'll be hooked and find that, as Vanellope puns, "farting is such sweet sorrow".

Will he break the Internet or will it break him? It's painfully recognisable, this neediness, as is the rise and fall. Ralph, c'est moi.

The visualisation of the internet is dazzling to look at, but its conception emphasises reference over wit. Luckily the stellar character comedy more than makes up for this, and the film is overall undeniably beautiful to behold.

While I didn't bring any inbuilt love for the character, I certainly left with it and there is one insanely delivered Disney princess sequence which may be one of the funniest things I've seen in years.

A witty, fastidiously imagined adventure and a touching, sometimes troubling ode to the power of friendship. But it also demonstrates some of the problems that can befall a movie when its vast ambition and confidence outstrip its finesse.