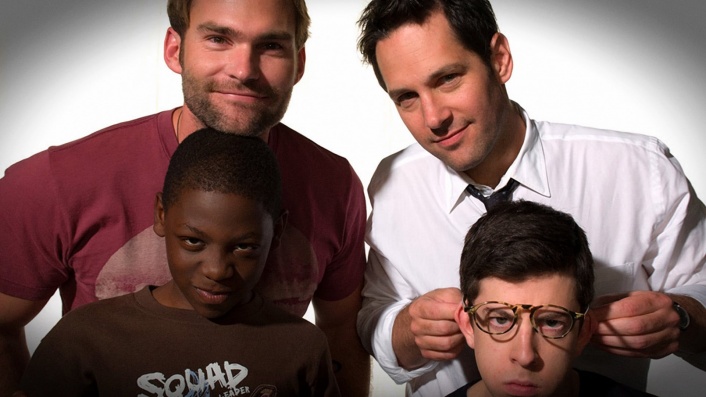 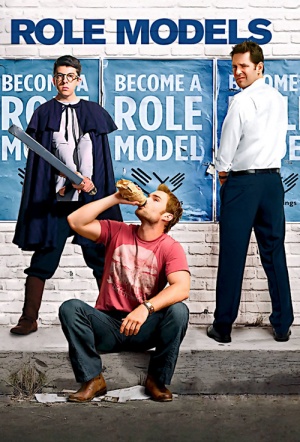 Danny (Rudd) and Wheeler (Scott) are energy drink salesman, peddling it to school kids – “say no to drugs, and yes to Minotaur!”. After crashing the company truck on an energy drink bender, they’re arrested and ordered to either go to jail or spend 150 community service hours in a mentorship program. They go for the latter, and quickly regret the decision. Also stars Superbad’s Mintz-Plasse (Fogell). Described by Roger Ebert as “a fish-out-of-water plot with no water. The characters are all flopping around in places they don't want to be.”

Laden with more than enough profane humor to warrant its R rating, this is nonetheless a formulaic crowd-pleaser.

With the ferocity of a drill instructor and the boundless confidence of a self-help guru who combines psychobabble clichés with embarrassingly explicit confessions, Ms. Lynch's Gayle redeems the movie from utter banality.

You'd be forgiven for assuming Role Models is just another irreverent, crude comedy about a couple of immature man-child characters. It is, but it also happens to be a very funny and entertaining one.

Rudd and Scott hail from different universes of movie comedy, but manage together here just fine, particularly since each takes a different path.

If "Models'" comedy is a bore, the characters' redemption is sheer agony – not to mention the shameless pop-cultural referencing that repeats like a bad taco.

A great example of the Emotionally Stunted Men Grow A Heart sub-genre. Role Models staves off the January blues and puts a marker down as 2009’s laugh-out-loud comedy to beat.