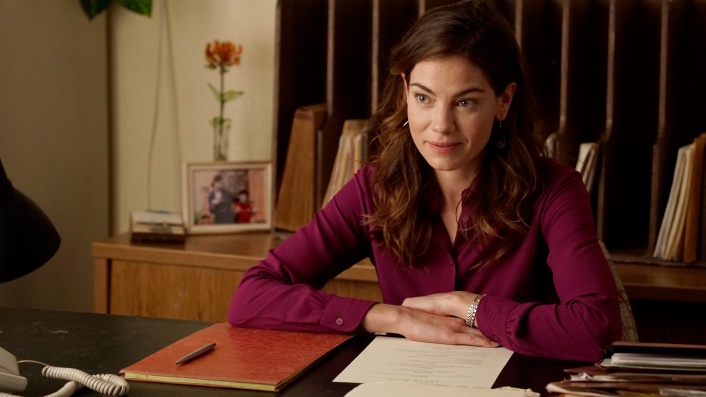 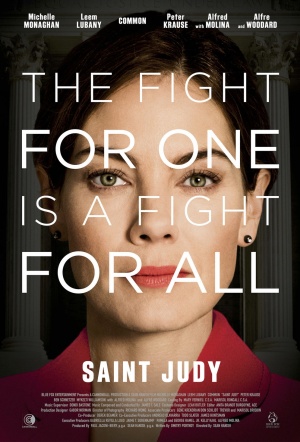 "In a landmark case — her first as an immigration lawyer — Judy Wood represents Asefa Ashwari, an Afghan woman who fled her home country after being persecuted by the Taliban for opening a school for girls. While juggling her life as a single mother and struggling against her own demons, Judy fights tenacious battles both in and out of court alongside Asefa, weathering together devastating series of losses and setbacks." (Los Angeles Film Festival)

Saint Judy offers fine courtroom drama and a fascinating tale of a woman whose motto was “I never give up”.

Delivers its message straight down the middle, which, being neither hot nor cold, lands tepid.

Wood's achievement deserves to be celebrated. The issue is that Hanish's film never misses an opportunity to make its saga as corny as possible...

While the viewer can intuit that Hanish has a strong clear story to tell, the director too often tricks things up with noncredible flashbacks, fatty getting-from-one-place-to-another montages scored to anthemic pop and other extraneous matter.

The early glimmers of something soulful and sobering - rooted in investigative details and detention centre realities - ultimately give way to the tired mechanics of give-it-all uplift.

The film, directed by Sean Hanish, sometimes turns didactic, but it benefits from the efforts of an exceptional cast; their work deserves to be seen.