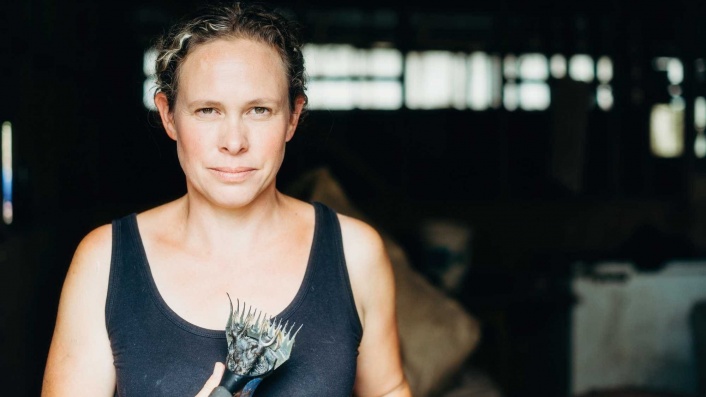 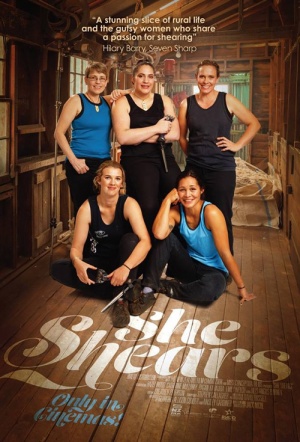 New Zealand documentary on five women with a passion for sheep shearing - two of whom are legends, three of whom are stars on the rise. More

"When a Kiwi girl sets her heart on becoming a shearer there’s not a lot that’s going to stop her, as the five women profiled in this lively doco happily testify. Central Otago’s Pagan Karauria admits it was tough getting a gig at the start, but with her champion dad staunchly behind her, she’s made the shearing shed the focus of her career, not just as a competitive shearer, but as an ace wool sorter and mentor to other young women. Catherine Mullooly, from the King Country, packs her skills for some enterprising OE. With whānau solidly backing them, each of these women strive, more than anything, to better themselves.

"For legends, Jills Angus Burney and Emily Welch, personal bests have been world records. Encouraged to quit in her 50s by her orthopaedist, Angus Burney found a second career as a High Court barrister and solicitor, but you can’t keep her away from the Golden Shears, the world’s top shearing competition.

"There’s no special category for women in this sport. For Ruawai’s Hazel Wood, busting to escape the world of dairy conversion, the competition represents a first foot on the ladder. Pagan’s student Anne Maree makes good on her promise to look good and have fun on the competition floor. Pagan herself claims she’s bent on placing ‘first or second’, though her true determination lies in beating the terrible internal injuries suffered in a road accident." (New Zealand International Film Festival)

About midway through She Shears, a documentary about the women who form a small but dogged minority of New Zealand’s shearing industry, subject Emily Welch explains her philosophy: “You can’t rise to low expectations”. It’s a deceptively simple platitude and one which, much like She Shears itself, belies how radical and remarkable the mere act of striving for greatness can be.

About midway through She Shears, a documentary about the women who form a small but dogged minority of New Zealand’s shearing industry, subject Emily Welch explains her philosophy: “You can’t rise to low expectations”. It’s a deceptively simple platitude and one which, much like She Shears itself, belies how radical and remarkable the mere act of striving for greatness can be.

Throw in some gorgeous rural vistas, ornery ovines and inspirational quotes like "you can't rise to low expectations" and "you can't rest on your laurels, or the sheep will destroy you" and the result is an absorbing watch.

She Shears is available to stream in New Zealand now on Google Play and Apple TV and NZ Film On Demand and TVNZ On Demand and Academy On Demand.