Well, I may not be a long time Star Wars fan, having just got into all that kind of Sci-fi stuff recently, but I can't help disagreeing with the Flicks reviewer! I really enjoyed the whole film itself, don't really see what was so terrible about it. I mean, for one, I thought young Anakin was really rather cute. Jar Jar Binks was hilarious, of course. As for the 3D element, I'm one of the poor people who have to wear normal glasses underneath 3D glasses, but this film was worth the awkward position - the stars looked amazing, as did the wide scenic shots of the Senate and the planets etc. I reckon it's well worth a trip to the cinema to see the new 3D release, if only to see it on the big screen - it simply is much more spectacular! :) 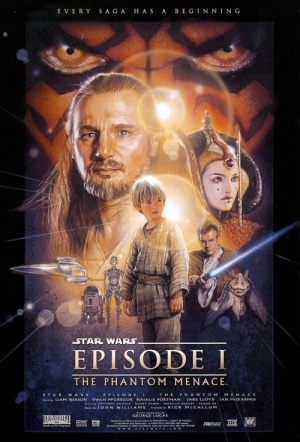