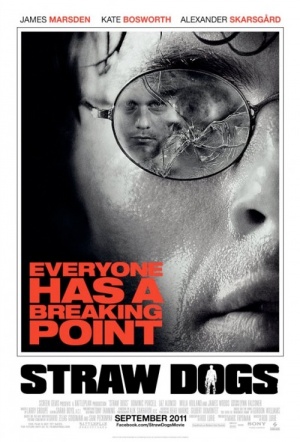 Remake of Sam Peckinpah's 1971 thriller about a husband and wife who endure a horrifying ordeal when they relocate to the deep South.

L.A. screenwriter David Sumner (James Marsden, in the role originally played by Dustin Hoffman) and his wife Amy (Kate Bosworth) decide to leave Los Angeles and shift back to her hometown in the deep South. There, while tensions build between them, a brewing conflict with locals becomes a threat to them both.