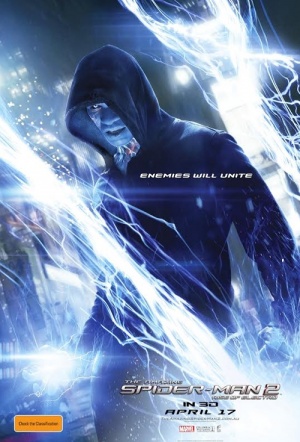 For Parker (Garfield), there's no feeling quite like swinging between skyscrapers, embracing being the hero, and loving Gwen (Stone). But being Spider-Man comes at a price - the emergence of Electro (Foxx) sees Parker confront a foe far more powerful than he, and his old friend Harry Osborn (Dane DeHaan) returns proving all of his enemies have one thing in common: Oscorp.

This overlong superhero sequel gets by on sound, fury and star chemistry.

Webb’s affable sequel is tough to dislike despite its tonal whiplash and clumsy script.

Bold and bright and possesses charm in abundance.

This new Spidey is a bit dull.

Emotionally weightier and more satisfying than its predecessor.