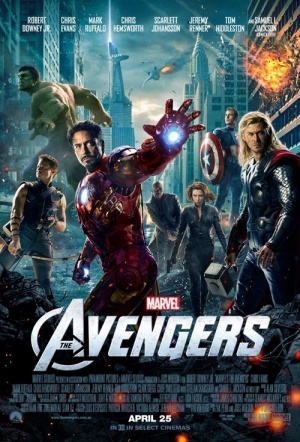 Based on Marvel's comic book series The Avengers, first published in 1963, this is the culmination of four movie sagas: Iron Man, The Incredible Hulk, Thor and Captain America.

Big, brash and very funny, Joss Whedon’s Avengers Assemble is equal to the sum of its parts – and for once, that’s no faint praise. Suit up.

It's fun to watch Whedon pitch his heroes against each other. Child's play, maybe, but entertaining all the same.

Whedon and his cohorts have managed to stir all the personalities and ingredients together so that the resulting dish, however familiar, is irresistibly tasty again.

A joyous blend of heroism and humour that raises the stakes even as it maintains a firm grip on what makes the individual heroes tick.

Finally seeing the damned thing is a bit like standing around a cuckoo clock waiting for noon: you know what to expect, yet you're thrilled into smiling.