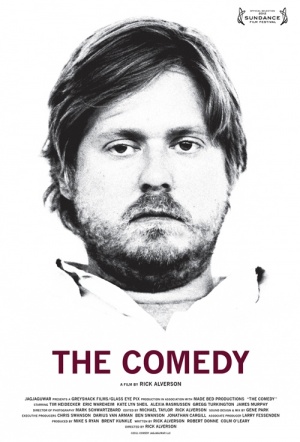 Tim and Eric star Tim Heidecker leads this drama about a desensitised Brooklyn hipster who pushes the boundaries of social acceptability out of boredom and a desire to feel something. Co-stars Eric Wareheim, Gregg Turkington and LCD Soundsystem’s James Murphy.

On the cusp of inheriting his father's estate, Swanson (Heidecker) is a man with unlimited options. He spends his days in aimless recreation with like-minded friends (Wareheim, Turkington, Murphy) in games of comic irreverence and mock sincerity. As Swanson grows restless of the safety a sheltered life offers, he tests the limits of acceptable behavior. Official selection at the Sundance Film Festival and SXSW 2012.