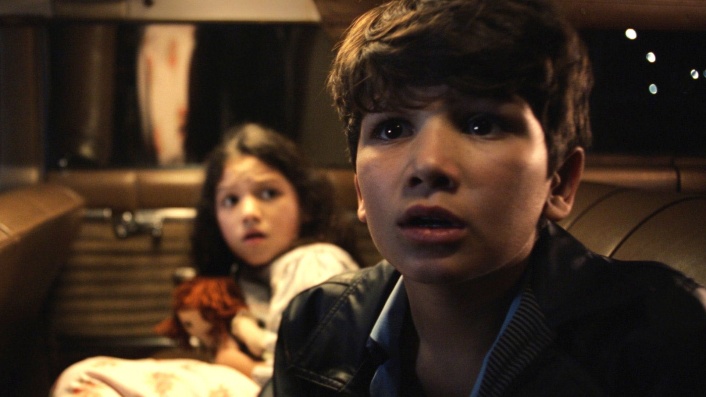 The Curse of the Weeping Woman 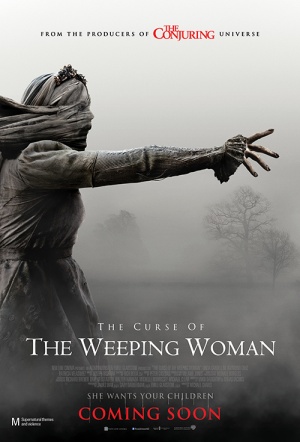 One of the longest-standing legends in American folklore, the tale of La Llorona, gets its own horror film from the producers of The Conjuring.

In 1970s Los Angeles, La Llorona is stalking the night—and the children. Ignoring the eerie warning of a troubled mother suspected of child endangerment, a social worker and her own small kids are soon drawn into a frightening supernatural realm. Their only hope to survive La Llorona’s deadly wrath may be a disillusioned priest and the mysticism he practices to keep evil at bay, on the fringes where fear and faith collide.

This is the feature debut of Michael Chaves, who is in line to direct The Conjuring 3.

The Curse of the Weeping Woman / Reviews

One of the longest-standing legends in American folklore, the tale of La Llorona, gets its own horror film from the producers of The Conjuring. Once a believer in the potential of The Conjuring Universe, critic Aaron Yap feels this insubstantial cheapie might be the last one he puts up with.

It may further the brand a bit, but it's the opposite of frightening: a sludgy collection of tired jump scares, inexpertly mounted period décor - this time we're in a too-shiny 1973 Los Angeles - and a continued slump into generic blahness.

The scares are plentiful and sometimes ticklishly funny in "The Curse of La Llorona," an enjoyably old-fashioned ghost story.

Weeping Woman's only real curse is making you waste time watching its by-the-numbers horror play out.

Wail as she might, the silly, not scary "The Curse of La Llorona" never reaches the operatic heights that the best of the franchise can offer.

...at least Annabelle was bad enough to cause a few unintentional chuckles, whereas mirth of any kind is in short supply here; as is tension, atmosphere or any compelling reason to keep watching.

The Curse of the Weeping Woman / Trailers