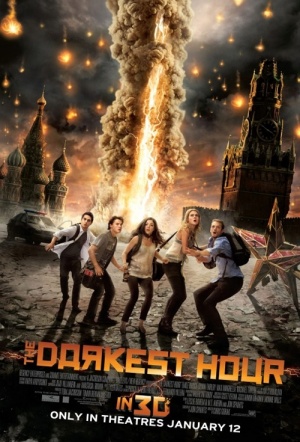 Stranded in a desolate Moscow, the five yanks are forced into the seemingly impossible task of surviving and escaping the onslaught brought on by the energy-absorbing creatures. Produced by Russian filmmaker Timur Brekmambetov (Night Watch, Wanted), the film promises to differentiate itself from other alien invasion movies by showing the attacks and responses from a Russian perspective.

Skirts perilously close to silliness on more than one occasion, but it's pulled back from the brink more often than not by the disarming sincerity of its performances. That helps a lot.

Plodding and goofy, but at least it tickles the eyeballs.

Another depressing failure of imagination.

The picture suffers from an oppressive ordinariness.

When the script switches genres, exchanging survival horror for resistance fighting, it loses whatever momentum it had.

One day this will turn up on a cheap TV channel late at night and you will be drunk/over-tired and it will be a blast.

A dreary sci-fi slog so tedious even its own actors seem bored.