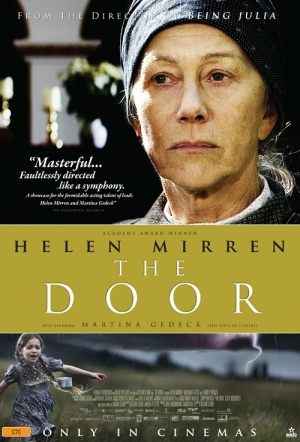 Set in 1960s Hungary, this drama depicts the unusual relationship between two women: a well-to-do novelist (Martina Gedeck, The Lives of Others) and her poor, elderly maid (Helen Mirren, The Queen).

From their first encounter, it's clear that Emerence is no ordinary maid. Although everyone in the neighbourhood knows and respects her, no one knows anything about her private life or has ever been allowed to enter her home. However, a dramatic event in the writer's life prompts Emerence to unveil glimpses of her traumatic past - a past which sheds light on her very peculiar behaviour and leads to the tragic end of their friendship.

Adapted from the semi-autobiographical 1987 Hungarian novel by Magda Szabó, The Door is directed by Oscar-winning filmmaker, István Szabó (no relation) who directed Being Julia and won the Oscar for Best Foreign Language Film in 1981 with Mephisto.