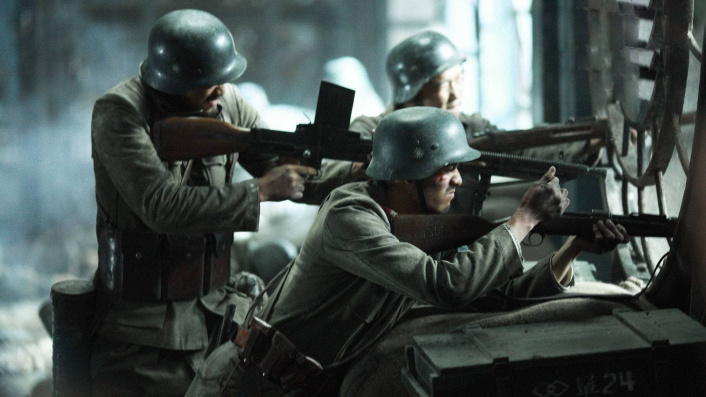 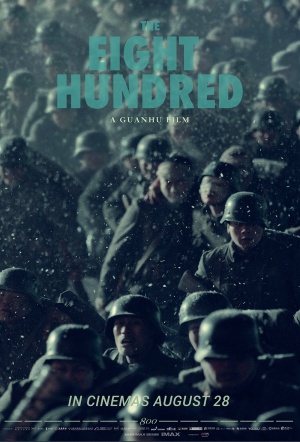 Yi Zhang stars in this Chinese war epic from Hu Guan (Mr. Six) based on the Defense of Sihang Warehouse during Second Sino-Japanese War.

The 400 defenders of the warehouse held out for four days against numerous waves of Japanese forces, while covering Chinese forces retreating west during the Battle of Shanghai.

The Eight Hunderd opened in China with a $116 million (USD) opening weekend, the biggest opening of 2020 and marking the return of large audiences to theatres in the wake of COVID-19.

This is a war epic and as soaked in blood and guts as the early parts of Saving Private Ryan and carrying similar messages in a way. War is hell, men show extreme bravery under fire and the whole effort, when looked at from a different angle seems tragic, wasteful and sad.