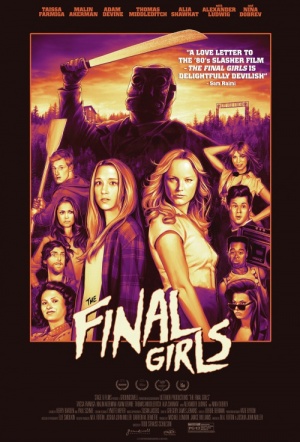 The daughter of a deceased scream queen attends a special screening of an ‘80s horror film her mother starred in, Camp Bloodbath, only to somehow end up inside the film with her friends in this horror comedy. Using their knowledge of B-movie horror tropes, the group must figure a way to escape the film before the machete-wielding psycho in the movie ends them.

The concept carries The Final Girls cheerfully past some dry stretches...

Proves that with the right actors you can make an amusing movie even if a lot of your ideas are borrowed.