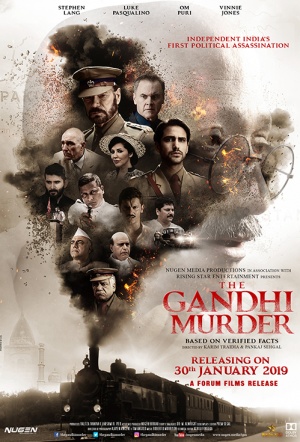 Releasing on the 71st anniversary of Mahatma Gandhi's death, this based on fact story follows the events that led to the Indian leader's eventual assassination. As hard-liners began to grow roots in a divided India, three police officers take steps in an effort to ward of the growing threat on Gandhi's life.

"The Gandhi Murder" begins with a claim to be "based on verified facts." Given the overall shoddiness of the production... those facts are probably worth reverifying.

We may not witness an eggier film all year.