Well,do I see this in 3D or 2D.Decided to give 3D another go in HFR..So of I went with the 3D glasses in my pocket.During the movie,every 30 seconds there appeared on the screen a single movie frame in black which caught the eye.Overall it must have appeared 360 times.It was very annoying and distracting.I don't know if this was a projection problem or a film problem.I should have gone to see it in 2D.I am over 3D now.I do hope they keep making 2D,it does give a better feel to a movie.The High Frame Rate did not make any noticeable difference.
On a positive note the movie has some of the best direction and special effects I have ever seen.It does have a huge Wow factor.Peter Jackson has mastered the technique of using massive and sweeping camera angles around and over the subjects.Impressive stuff.
The story did let it down and I found myself thinking of other things at times,which was not good for such a well made film.There was just not enough to hold it all together for three hours. 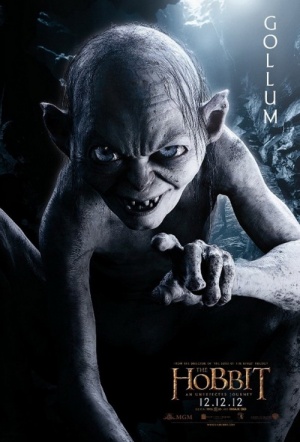