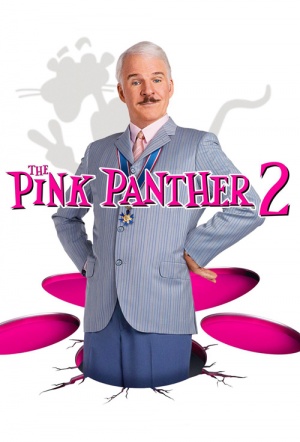 Steve Martin dons Inspector Clouseau's iconic ‘tache for a second time, in this family comedy. This time the hapless sleuth is on the trail of a cat burglar called The Tornado, investigating another theft of the Pink Panther diamond and trying to find the missing Magna Carta while he’s at it. Cue the usual madcap shenanigans.

Serves up enough goofy pranks and fractured wordplay to keep the series purring along.

Achieves the not inconsiderable feat of being even more unbearable than its 2006 predecessor.

This comedy whodunit generates more laughs than its predecessor, which is to say, two or three.

This comedy whodunit generates more laughs than its predecessor, which is to say, two or three.

Peter Sellers was a genius who somehow made Inspector Clouseau seem as if he really were helplessly incapable of functioning in the real world and somehow incapable of knowing that. Steve Martin is a genius, too, but not at being Clouseau. It seems more like an exercise.

There is no real plot, the movie's filled with friends of Steve, the comedy is terribly overplayed, or the comedy is overplayed terribly (again, you can choose) -- what you're left with is a bag of tricks that has seen better days.

A mirthless shot in the dark that misses the target by some distance.